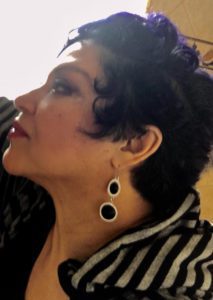 Diane Steinberg Lewis, aka Dianne Steinberg is a recording artist, singer/songwriter, pianist, producer and arranger.
A graduate of Western Michigan University in Kalamazoo MI, Dianne began her career as choir director and accompanist at Battle Creek Central High School but soon recorded with Atlantic Records, ABC RECORDS, co-started as Lucy (In the Sky with Diamonds) with Peter Frampton and The Bee Gees, in the RSO’s Universal studios “SGT Peppers Lonely Hearts Club” ’78.
She recorded a gospel album with Word Records/Rejoice label and soon after raised her family!
With her husband, Kenny Lee Lewis of the Steve Miller Band, she moved to SLO in 2006 where she resumed education participation with high school and junior highs throughout the Central Coast as accompanist and sub for all the choral teachers/directors (SLCUSD).
Semiretired, Diane Steinberg Lewis performs with her husband and will soon present her one woman show in 2019. Learn more about her here.