Franko Jira, March For Our Lives 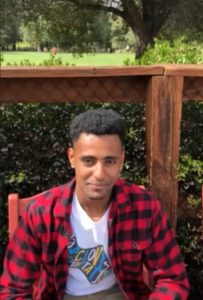 My name is Franko Jira and I am an 18-year-old senior at Atascadero High School. I was born in Ethiopia and moved to Germany at the age of 5, before moving to the U.S. in 2010. After moving to the States, I have been actively trying to learn more about politics by participating in several government programs. Over the summer, I was selected to attend the American Legion California Boys State program, where I was able to learn much about the political process and run for different positions. After being elected to the highest possible position of Governor of
Boys State, my passion for politics and my desire to bring about change in this country grew exponentially. Next year I plan on learning from and debating against the world leaders and current politicians as I attend Harvard University in the fall. I plan on running for the Governor of the State of California in the future.